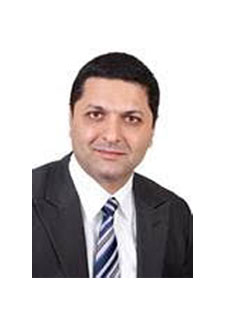 Burgess Cooper is the CTSO for Vodafone India heading Technology Security & Compliance across 23 circles in India.

He has ensured his company's information security posture is significantly improved by following a multi-domain, multi-level, defense in depth approach and it gets regularly benchmarked by several internal and external auditing agencies including getting certified for the prestigious PCI DSS, ISO 27001security, BS10012 certifications.

He was earlier responsible for IT Security for HSBC India and also for offshoring security from HSBC Group entities to the development center in Pune.

He has achieved excellence in his field & is the winner of the following National & International awards:

He is also a regular speaker & jury member at the following forums:

Whenever he is not implementing Infosec controls, he is ardently involved in adventure sports; be it SCUBA Diving, Kayaking, or Biking in the Himalayan mountains.

He holds the World Limca Record for Motor biking across 4 of the world's highest pass (at heights > 18,000 feet) in the Indo China / Pakistan border and also a Black Belt (SHODAN) in Karate do martial arts.