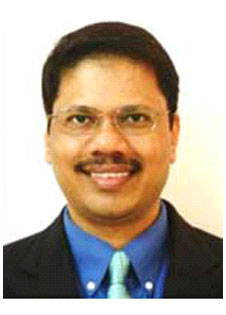 He served as a Member of Parliament in the 15th Lok Sabha (2009-2014) representing Chitradurga constituency in the state of Karnataka. ​​

He also served as the Chairman of the inter-institutional committee formed by DRDO, ISRO, BARC, and IISc. He worked tirelessly to bring important long term projects to his constituency, such as new railway connectivity.

His visionary talks in the Parliament were about the importance of renewable energy for India, improving India's educational system for stronger R&D and resulting economy, environmental safety measures, reforms in agricultural farming for improved productivity and enhancing the health care system of rural India

He holds a bachelor's degree in engineering from the Mysore University and a master's degree in engineering from the Indian Institute of Science, Bangalore. He worked in various engineering and management positions at Cisco, Dell, Sasken, Cadence, and Sun Microsystems in India and USA. His articles appeared in IEEE, IETE, and other publications, and he obtained an US patent for one of his invention in system-on-chip design and test.