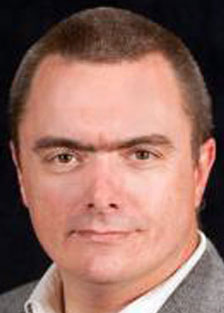 Dr. Paul Vixie is the CEO of Farsight Security. He previously served as President, Chairman and Founder of Internet Systems Consortium (ISC), as President of MAPS, PAIX and MIBH, as CTO of Abovenet/MFN, and on the boards of several for-profit and non-profit companies. He has served on the ARIN Board of Trustees since 2005, where he served as Chairman in 2008 and 2009, and is a founding member of ICANN Root Server System Advisory Committee (RSSAC) and ICANN Security and Stability Advisory Committee (SSAC). He operated the ISC's F-Root name server for many years, and is a member of Cogent's C-Root team. He is a sysadmin for Op Sec Trust.

Vixie has been contributing to Internet protocols and UNIX systems as a protocol designer and software architect since 1980. He wrote Cron (for BSD and Linux), and is considered the primary author and technical architect of BIND 4.9 and BIND 8, and he hired many of the people who wrote BIND 9. He has authored or co-authored a dozen or so RFCs, mostly on DNS and related topics, and of Sendmail: Theory and Practice (Digital Press, 1994). His technical contributions include DNS Response Rate Limiting (RRL), DNS Response Policy Zones (RPZ), and Network Telemetry Capture (NCAP). He earned his Ph.D. from Keio University for work related to DNS and DNSSEC, and was named to the Internet Hall of Fame in 2014.