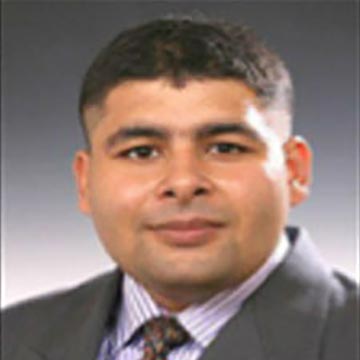 Amit Sharma is currently serving as Joint Director in the Office of the Scientific Advisor of Defence Minister, Defence Research and Development Organization (D.R.D.O), Ministry of Defence, Government of India. He has worked in the field of Information Security, Information warfare, Strategic Information Dissemination Systems, Net Centric Warfare, C4I2SR systems and Secure and survivable networks. He is a Chevening Scholar and has gained his Masters in ‘Global Security’ from Defence College of Management and Technology, UK Defence Academy, United Kingdom. He is a graduate/fellow of US DoD’s Asia Pacific Center for Security Studies, Hawaii US in Comprehensive Response to counter-Terrorism Course. He did his B Tech (honors) in Computer Science and Technology from National Institute of Technology, Hamirpur, India.

He along with his team was awarded Technology Group Award (2008). He was awarded Chevening Scholarship by Foreign Commonwealth Office (FCO), British Government for the year 2008- 2009 from India. For his work on cyber terrorism and national security issues, he was awarded Commendation Letter by the Chairman of the Standing Committee on Defence in 2009. He was awarded dissertation prize for his monograph “The Art of Cyber wars” at the UK Defence Academy in 2009. He was awarded ‘Young Scientist of the Year’ in 2012. He is also the recipient of ‘System Society of India VIKRAM AWARD for contribution to real life systems of National importance)’in 2012. He is also Awarded Special Award for Strategic Contribution for the year 2012 by Hon’ble Defence Minister. He is a Member of IDSA’s Task force on Cyber Security headed by former Under Secretary General of United Nations. He is currently engaged in developing the strategies and doctrines for futuristic cyber wars. He has delivered a number of talks on cyber warfare, cyber security and national security issues, at various forums such the NATO Centre of excellence at Tallinn, Estonia; Cyber security summit organised by Royal United Services Institute at London; Cyber security summit organised by the Government of Karnataka at Bangalore; “Scientific issues in countering terrorism” conference at Moscow; “The Conference on Cyber Security: Emerging Cyber Threats and Challenges” at Chennai organised by the Confederation of Indian Industries; cyber deterrence issues at Garmisch Germany; IDGA Cyber Summit at Washington DC; Center for Land Warfare Studies CLAWS, National Maritime Foundation NMF and recently at S&T Conference organized by US Pacific Command.