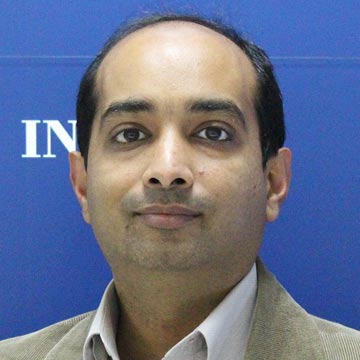 Dr. Rahul Tongia is a scholar and researcher in areas of technology and policy, especially for sustainable development, and a Fellow at Brookings India / the Brookings Institution. He was the founding Advisor to the Smart Grid Task Force, Govt. of India, and the India Smart Grid Forum, bodies he was instrumental in setting up. He is also an Adj. Professor, Carnegie Mellon University.

He was on the faculty at CMU for many years, with appointments in the Dept. of Engineering & Public Policy and School of Computer Science. He was previously co-founder and Principal Research Scientist/Program Director at the Center for Study of Science, Technology, and Policy (CSTEP), a Bangalore-based not-for-profit. His areas of research are broad and interdisciplinary, spanning technology and policy, with domain expertise in energy/power and IT/telecom.

His energy work has spanned seminal studies on India's nuclear power program, importing natural gas, power pricing, and political economy. His current area of focus is on Smart Grids, harnessing ICT to improve the power grid, as well as sustainable energy (with a major volume on Making Renewables Sustainable in India, January 2015).

He was on the Technology Advisory Board for Southern California Edison's Smart Grid project ("SmartConnect"), a billion dollar project that was recognized by peers as the best in North America, and was Vice-Chair of the UN ICT Task Force Working Group on Enabling Environment (formerly Low-cost Connectivity Access). He was also a long-time and early scholar in the domain of ICT for Development (ICTD). At CSTEP, he has worked on a major report on IT for the Power Sector for the Ministry of Power (2008), and has been advising state power utilities, the state government, and the Ministry of Power on IT roadmaps and smart grid deployments. He has designed/led a number of IT and Smart Grid roadmaps and pilot projects in India.

Dr. Tongia has a Ph.D. in Engineering & Public Policy from Carnegie Mellon University in 1998 and a Sc.B. in Electrical Engineering from Brown University.