Director at The Bachchao Project 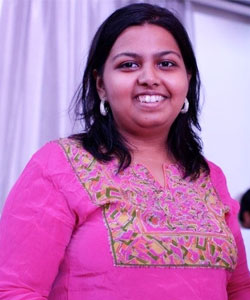 Rohini Lakshané is Director (Emerging Research) at The Bachchao Project, India. She is a technologist by training, a long-time Wikimedian, and a public policy researcher. She has worked on several research and advocacy projects on the intersection of technology, policy, and civil liberties. Her body of work encompasses diverse territories such as the application of technology and policy to solve issues of gender inequity, violence, and discrimination; access to knowledge; openness; patent reform; making tech spaces diverse and inclusive; and the cross-hairs of gender, sexuality and the Internet. In 2014 and 2015, Rohini served on the jury of The Best of Blogs, an international award honoring excellence in online activism, instituted by German broadcaster Deutsche Welle. She conducts digital security training for journalists, activists, at-risk civil society groups, and the general public. In a previous avatar, she worked as a technology journalist and editor in the print and web domains, ferreting out stories on human interest and online civil liberties.