Head of Security Engg. at Flipkart 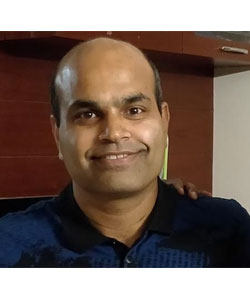 As the Head of Security Engineering, Sudheer oversees the entire Security portfolio for Flipkart bringing together diverse domains contributing to the security posture: InfoSec, AppSec and Security / Identity Web Services. His team takes its job of safeguarding trust of largest e-commerce customer base in India to heart and keeps the organization honest to plug any vulnerabilities in a timely manner.

Prior to Flipkart, Sudheer worked in Amazon Web Services in Seattle, where he owned and managed a public web service called AWS Data Pipeline used for analytics. Before AWS, Sudheer worked at Expedia in the CTO office helping bootstrap the next generation of big-data infrastructure platform. Prior to Expedia, Sudheer had a long stint at RealNetworks, the streaming media pioneer where he held a wide variety of roles ranging from systems developer to the Director of Catalog and Search.

Sudheer is passionate about distributed and large-scale systems and holds a Masters degree in Computer Science from the University of Florida.