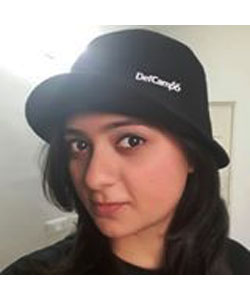 Mobiles Apps are the most preferred way of delivering the attacks today. Understanding the finer details of Mobile App attacks is soon becoming an essential skill for penetration testers as well as for the app developers & testers.

So, if you are an Android or an iOS User, a developer, a security analyst, a mobile pen-tester or just a mobile security enthusiast then the 'Mobile App Attack' is of definite interest to you, as the Mobile App Attack familiarises attendees with in-depth technical explanation of some of the most notorious mobile (Android and iOS) based vulnerabilities, ways to verify and exploit them. Along with the various Android, iOS application analysis techniques, inbuilt security schemes and teaches how to bypass those security models on both the platforms.

With live demos using intentionally crafted real-world vulnerable Android and iOS apps by the author, we shall look into the some of the common ways as to how the malicious apps bypass the security mechanisms or misuse the given permissions.

Apart from that we shall have a brief understanding of what is so special with the latest Android 8 and iOS 10 security and the relating flaws.

This training will mainly focus on the following:

Modifying parts of the code, where any part can be specified as some functions, classes and to perform this check or to identify the modification, we will learn how to find and calculate the checksum of the code. Our objective in this section will be to learn, Reverse Engineering an application, get its executable binaries , modify these binaries accordingly, resign the application.

Hooking an application and learn to perform program / code modification.

By the end of training, based on the course content CTF challenges written by the trainer will be launched, where the attendees will use their skills learnt in the workshop to solve the CTF challenges. The workshop will begin with a quick understanding on the architecture, file system, permissions and security model of both iOS and Android platform.

Session 2: Setting up the Pentesting environment

Who should take this course?

What should students bring?

What will be provided?

Sneha works as Security Consultant with Payatu Software Labs LLP. Her areas of interest lies in web application and mobile application security and fuzzing. She has discovered various application flaws within open source applications such as PDFLite, Jobberbase, Lucidchart and more. She has spoken and provided training at GNUnify, FUDCon, DefCamp, DefCon, BSidesLV, AppSec USA and Nullcon. She is also the chapter lead for null - Pune.
Twitter: @sneharajguru.