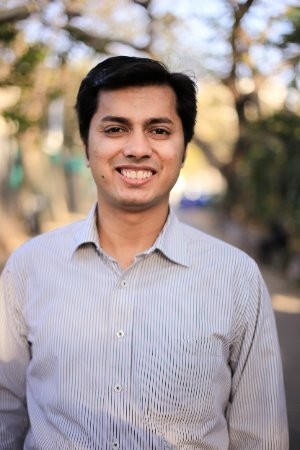 Arpit currently leads Healthcare and DeepTech sectors at Blume Ventures, one of India's leading early stage venture capital firms. He has been actively engaged with promotion of startups in India for more than a decade. In 2007, he joined hands with a few friends to start Headstart Network, today India's largest network of early stage entrepreneurs' network with over 20 city chapters, touching more than 50,000 entrepreneurs per year.
He got introduced to the idea of taking research to market as an MBA student at IIT Bombay which led him to start Academic Ventures, a consulting firm in the incubator management and technology commercialization space. Before Blume, Arpit worked with TLabs, one of India's first startup accelerators, part of Times group.
At Blume, Arpit is responsible for scouting science-led and hardware businesses at Blume, apart from managing a sub-portfolio including emerging winners like Cashify, RailYatri, MilkBasket, MechMocha, Tricog and Spinny. His current investment theses revolve around India hardware, Commercial Electric Vehicles and Biotechnology.
He's based in Delhi and also holds a BTech from NIT Trichy.