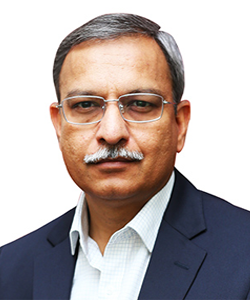 Cdr Manish Tiwari(Retd) has 29 years of work experience including 25 years in the Indian Navy where he set up the Information Security & Incident Response organization. His responsibilities included the formulation of Policy Frameworks, conduct of Security Audits & Product Testing, Implementation of Solutions, Cyber Forensics and IT Risk Management. As Director CERT-Navy. He was also responsible for managing, motivating, guiding and mentoring teams, in the course of building up the Information Security organization of the Indian Navy.

He is a qualified CISA, CISP, Lead Auditor, CEH, E|CSA, C|HFI and LPT. In the last held government appointment, he represented the Indian Navy at all National level Government forums, on issues related to IT security, for the protection of the National Critical Information Infrastructure.

After leaving the Armed Forces, he served in an IT Risk Management Firm handling the implementation, overall governance and Service Delivery of security services in the UID Aadhaar project (Largest biometric project in the world) and also a major telecom. In Oct 2014 he took over as the Chief Information Security Officer India for Microsoft Corporation. In his current role, Manish has been working with all segments of the industry, including the BFSI sector, in helping them devise a Secure Digital Transformation Strategy. He is a co-author of the prescriptive Cyber Security Checklist promulgated for the banking sector by RBI/IDRBT, that was released by the RBI governor on 18th July 2016.

Under his watch, Microsoft India set up a Cyber Security Engagement Center, the seventh such facility in the world, in central Delhi in Oct 2016.

In Dec 2017, he has taken over as Senior VP & Global CISO for Bharti Airtel.