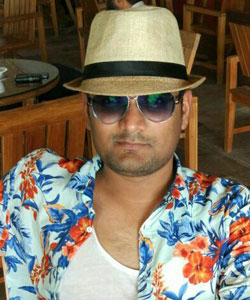 The talk aims to discuss various security aspects missed in mobile applications developed for the masses by government agencies.

Don’t expect any new disclosures and only the patched applications will be covered.

Abhinav Srivastava is a tech entrepreneur and a security researcher. An IIT Kharagpur graduate, He completed his first two years of his career as a Security Researcher at iViZ security.

He envisioned UPI back in 2012 when he started up Qarth Technologies with his multi-bank mobile payment Application XPay. He co-authored the architecture and security of the UPI under the guidance of the inventors of IMPS (IEEE) and worked on the UPI regulations with NPCI , Mobile Payment Committee and IDRBT from his startup incubated at IIT Madras.

His startup was later acquired by Ola for its payments arm, Ola Money in 2016. Currently he is working on connected car Platform at Ola Innovation Labs.

When he is not glued to his mac, he plays first-person shooting games or involve in outdoor sports like cricket. He Has completed four difficult treks in Himalayas and dreams of doing consulting from Himalayas.