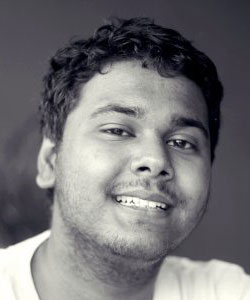 8th November 2016 was a great date for the entire world. On the one hand, US election results were announced and on the other hand Prime Minister of India, Shri Narendra Modi Announced Demonetization in the country ( India ). Soon government started focusing on the cashless economy and encouraged people to use various online platforms and e-wallets for transactions. For Demonetization to be a successful one, the government took various steps pre - demonetization. The government ensured that most of the people should have a bank account so that they can deposit the money, they brought new technology to banks like self-help passbook update machine to cope up with the increase of users.

In this paper I’ll cover various flaws that were found in banking systems, apps etc exploiting which one can get :

Indrajeet Bhuyan is a 20-year-old security researcher India who previously made the smallest possible code of 2kb which could crash WhatsApp which affected 500 million people and also reported security holes in the WhatsApp web client that in some way exposes its users’ privacy. In August 2015, he found a flaw in Indian banking system affecting 20,000+ Indian banks using which an attacker can see the bank balance and transaction history of anyone.

In December 2015 he has made the WhatsApp Crash V2 which can crash WhatsApp app, risking 1 billion+ users worldwide. He got invited by various international security conferences like Toorcon California, Andsec Argentina etc. He has contributed security to various companies and organizations like HTC, Samsung, Photobucket, Reverbnation, TVF etc.

He got featured in various national and international news portal like International Business Times, Russia today, Times of India, Digit, Kaspersky, The Independent, India Today, etc. for his work.