Director at Centre for Internet & Society 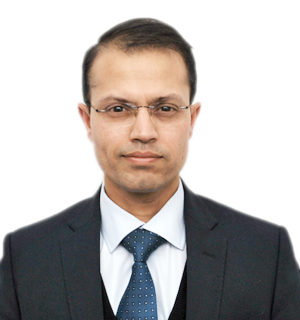 Saikat Datta is an award winning journalist for over 20 years as an editor and an investigative reporter with several news organisations. He has been a defence correspondent with The Indian Express, an assistant editor with the Outlook magazine, Resident Editor with DNA, member of the Editorial Board with Zee News and Editor (National Security) with Hindustan Times. Saikat's investigative reporting has been awarded the International Press Institute award (2007), the Jagan Phadnis Memorial award (2008) and the National RTI award for investigative journalism (2010).

He is also the author of India's Special Forces (2013), a seminal book on the history and the future of India's special operations capabilities.He writes regularly in various publications and his research papers have been published by the Centre for Land Warfare Studies (CLAWS), Centre for Air Power Studies (CAPS) and the National Security Guards (NSG), among others. He regularly conducts training sessions on hostage rescue operations for Mumbai Police's crack anti-terrorism outfit, Force One. His core areas of research are around counter-terrorism, intelligence, cybersecurity and the use of special forces in strategic roles.

He has also worked for two years in the corporate sector as Vice President and Head of De-risking Strategies for Reliance Industries, working in cybersecurity and counter terrorism projects.

He is currently a Consulting Editor with www.Scroll.in, Director with the Centre for Internet & Society and a consultant on cybersecurity with IIM, Bangalore. He is also a senior fellow with the Internet Democracy Project and a Visiting Fellow with the Observer Research Foundation's National Security programme.