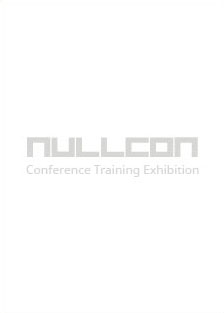 Attacking WPA/WPA2 in the Cloud

WPA/WPA2 cracking primarily consists of dictionary based attacks. Dictionary attacks are just as good as the wordlist one has and the availability of sufficient compute power to iterate through it. A few years back it was unimaginable how one could launch a dictionary attack which tries a billion combinations within a practical timeframe but now with the advent of Cloud Computing, compute resource is no longer a prized commodity. In this talk will explore how to use different cloud services to crack WPA/WPA2 Personal and Enterprise!

Vivek Ramachandran is the Founder and Chief Trainer at SecurityTube.net. He discovered the Caffe Latte attack, broke WEP Cloaking, a WEP protection schema in 2007 publicly at DEF CON and conceptualized enterprise Wi-Fi Backdoors. He is also the author of the book "Backtrack 5 Wireless Penetration Testing". His book "The Metasploit Megaprimer" focused on Advanced Metasploit usage for Pentesting and Exploit Development is up for release in July 2013.

Vivek currently runs the SecurityTube Wi-Fi Security, Metasploit Framework, Python Scripting, iOS Security, GNU Debugger Expert online course and certifications, which is currently being taken by students from over 67+ countries around the world. He also conducts in-person trainings in the US, Europe and Asia.

In a past life, he was one of the programmers of the 802.1x protocol and Port Security in Cisco's 6500 Catalyst series of switches. He was also one of the winners of the Microsoft Security Shootout contest held in India among a reported 65,000 participants. He has also published multiple research papers in the field of DDoS, ARP Spoofing Detection and Anomaly based Intrusion Detection Systems.