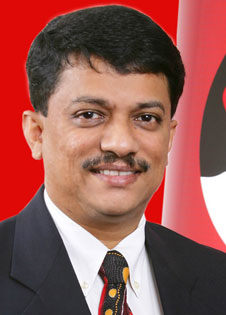 Harish has been with Red Hat since 2003. Over the years,he has held many roles and is currently the global head of the Community Architecture and Leadership group whose charter is to work with the greater open source community to ensure that the communities are thriving and to find ways in which Red Hat can participate and engage as a peer contributor.

He also engages, in the APAC region, with government and C-level executives in discussions and conversations around open standards, open data, open source and how all of these can bring critical value to the respective entities and tying them back to the product and services Red Hat offers. All of these conversations also cover how governments and corporations can adopt the open source ethos and practices that have proven to be vastly valuable in arriving at IT solutions that's driving disruptive change everywhere.

Harish holds a MSEE and a BSCS both from Oregon State University. Harish founded the Singapore Linux Users'Group in 1993 (which predates the founding of Red Hat by a few months). In 2005, he was inducted into the Council of Outstanding Early Career Engineers by the College of Engineering, Oregon State University. In 2009, he was elevated to Fellow of the Singapore Computer Society. In 2013, he was named Distinguished Partner by SPRING Singapore, the national standards and quality agency in Singapore for his work and contributions to IT standards work in Singapore and at the International Standards Organization, ISO.