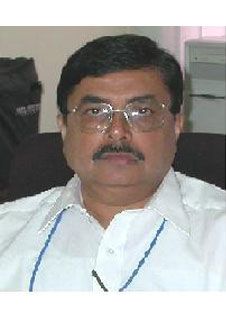 Dr. Keshav Dattatreya Nayak, has taken over as the Director General - Micro Electronic Devices & Computational Systems (MED & CoS) with effect from 02 Sep 2013. Earlier he has served as the Chief Controller R&D (MED, MIST & CS).​​

Dr Nayak completed his BE (Electronics) in 1974 from the Vishveswaraiah College of Engineering, Bangalore University with Distinction and PhD in 1981 in Microelectronics from, IIT, Bombay, Mumbai.

He worked as a Sr. Project Engineer at ACRE, IIT Bombay. He joined DEAL, Dehradun as Scientist D in June 1984 and rose to the position of Sc. F. He was instrumental in the development of MICs, millimetre wave components/subsystems for strategic applications. In May 1999, Dr Nayak moved to ANURAG Cell, Bengaluru to oversee establishment of ANURAG Cell there. He took over as Director, ANURAG with effect from 2 July 2001.

Dr Nayak has received several awards, including DRDO Award for contribution to IGMDP (1989); IETE-IRSI (83) Award for 1997-98 for out-standing contribution in 1999 in the field of radar and microwave systems; Technology Day Invention Award by National Research Development Corporation on 11 May 2000; DRDO Scientist of the Year Award (2006). He is a Life Fellow of IETE; Life Member, IMAPS and presently Chairman, IMAPS India Chapter; Member, Astronautical Society of India and has more than 30 publications to his credit.