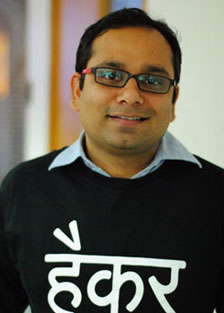 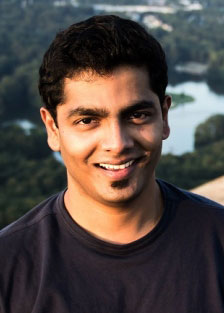 Are you a pen tester who can test web applications? Are you good with web application scanners? Are you good at finding if a site is vulnerable to SQL injection and XSS? Do you know how to test for CSRF weaknesses? Have you heard about DOM XSS and Server Side Request Forgeries? Have you tested applications for HTML5 Security? Maybe you have tried to find such vulnerabilities in the past but weren't confident of your tools and approaches.

This 2 day fast paced and completely hands-on training will teach you to exploit security vulnerabilities like never before. You will be able to exploit the SOP and CORS, mutation XSS and bypass XSS filters and WAF rules. Learn Remote Code Execution (RCE), upload shells, do LFI/RFI and advanced ways of doing XXE (XML Injection). Practical web crypto attacks like hash extension attacks, ECB and padding oracle and other interesting attacks and vulnerabilities

All of the above and more in a realistic scenario based learning environment with the same tools attackers use to hack and compromise web applications and networks on the Internet.

What you will need to bring

What not to expect

What you will get

For food and shelter, Riyaz is employed as a Senior Engineer at the world's largest auditing firm with the Core Security Group. He is a Certified Ethical Hacker (CEH) and has been active in the security community for the better part of the last 7 years. He has been actively involved with the Bangalore OWASP and null chapter for the last 4 years and is one of the OWASP Bangalore chapter leads.

He is actively involved with Vulnerability Research in popular Web Applications and Network aware services and has disclosed several security issues in popular software like Apache Archiva, Openfire, Joomla!, EJabberd, .NET Script Injection Bypass and has had luck with finding vulnerabilities with popular web applications like Facebook, Twitter, Google, Cisco, Symantec, Mozilla, PayPal, Ebay, Apigee, Yahoo, Adobe, Tumblr, Pinterest etc. for which he is on the Hall of Fame for most of these services. He has also been a speaker at several security conferences including OWASP AppsecUSA 2012, BlackHat Abu Dhabi 2012, nullcon Delhi 2012 and c0c0n 2011.

His technical interests lie with programming, bug bounty, malware analysis, breaking web applications, playing CTFs, researching devices that fall under the Internet of Things category and penetration testing networks exposed to the Internet. When he is not writing/breaking code, you can find him sleeping, playing football, reading or fishing.

Akash has more than 10 years of experience in Application and Network Security. Before starting his own company he was a technical lead for one of the leading American commercial security software companies specialising in end point security. He started in security working on web infrastructure for the government of India.

Akash is the founder and community Manager at null - The Open Security Group where he has made major contributions in making the group a national phenomenon.

He founded and runs The AppSec Lab a company focussed on Application Security wherehe works with small and medium companies in securing their web server security, web security, mobile security and guiding them to stay secure while being competitive. Current areas of research for him include devops, secops, security in SDLC, Cloud Security, Security awareness through community building. He does a lot of trainings as well including the extremely popular Xtreme Web Hacking.

He used to be actively involved with the Bangalore Barcamp Planners group, has done events like AppJam and MobileCamps all over India where he evangelized security to Small and Medium Enterprises. He is also the co-founder of Headstart Network Foundation a Section 25 Non-Profit company.